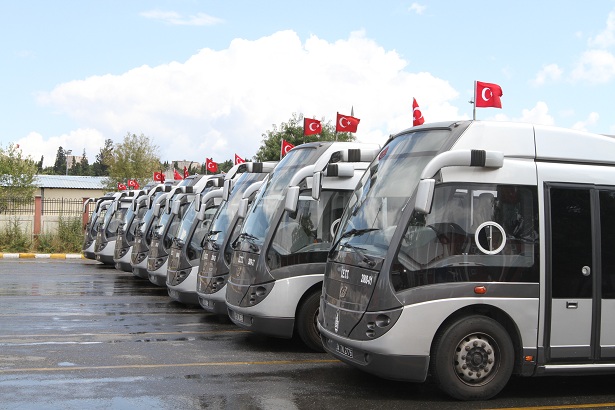 Firstly operated in Topkapı-Avcılar line the Metrobus system started by IETT in order to prevent the traffic intensity on the arterial roads and provide fast and comfort transportation. 18,5 kilometers of route opened to service in 17 September 2007 after the construction started in the year of 2007. The metrobus, which reduced Topkapı-Avcılar route to 22 minutes from 48 minutes, started to operate in Zincirlikuyu route at the beginning of the second educational term on Monday, 8 September 2008. After the construction, the number of the stations increased to 25 in 77 days.

The third leg of the metrobus line Söğütlüçeşme route was opened to service by the ceremony attended by  Prime Minister Recep Tayyip Erdoğan, thus the two sides of Istanbul connected with each other in the shortest way. Thanks to this connection, the duration between Avcılar to Söğütlüçeşme reduced to 63 minutes. Avcılar-Beylikdüzü route's foundation laid by a ceremony on 15 March 2011. The official opening of the route held on 19 July 2012. On the 52 kilometer-long Beylikdüzü-Söğütlüçeşme metrobus route the total duration is 83 minutes. The metrobus carries 700 thousands of passengers daily.
Enter the metrobus web site : http://metrobus.iett.istanbul/en