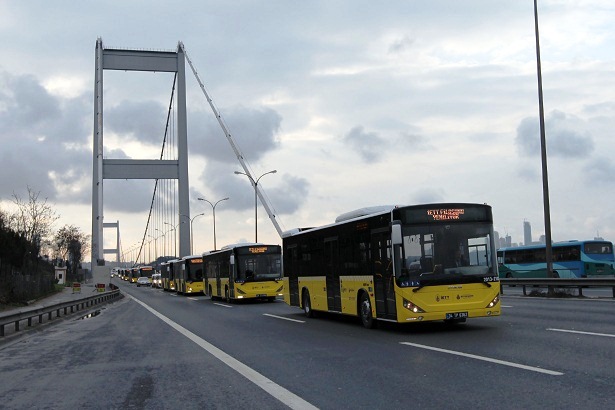 After the granted license to Dersaadet Tramway Company in order to assist Tramway Company that has been in operation since 1871, 4 Reanult Scemia labeled public buses were purchased from France. One of the buses registered Tramway Company had its first experimental operation on Beyazıt-Taksim route in July 2nd, 1927. Other buses started to operate after five months on Beyazıt-Fuatpapa-Mercan Yokuşu-Sultanhamam-Eski Postane-Eminönü route. Later on this route extended to Karaköy. The first public buses of Istanbul started to service uphills of the Istanbul where it is harder for the tramways. Bağlarbaşı warehouse, previously used as a tramway hangar, turned into a garage for the maintenance and repair services of the buses in 1928.